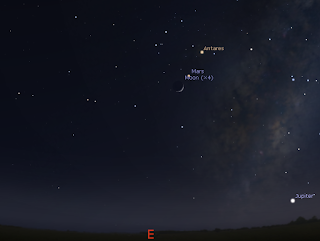 Mercury is low in the evening sky this month and is essentially unobservable.

Mars climbs higher in the morning sky and is visited by the crescent Moon on the 21st.

Saturn  is not visible this Month.