As noted previously, on the evening of Saturday 21 November, parts of Brisbane south of the river will see the International Space Station  pass in front of the Moon (the rest of Brisbane will see it coming very close). 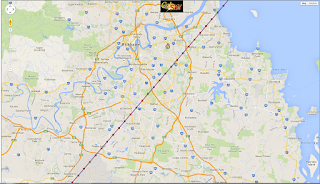 However, the path of the ISS is still evolving, and the centre line may change further before Saturday. Use your exact location (or choose a location close to the centre line as defined above) in either CalSky or Heavens Above (both have drag and drop maps if you don't know your exact longitude, but it may take a while to navigate the layers)  to see if the pass occurs where you are, or if you have to hike a bit to see it. 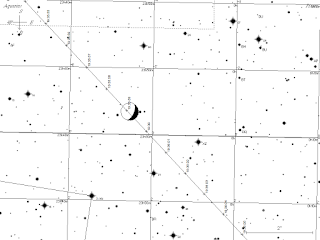 Chart of the position of the ISS with respect to the Moon at one second intervals.

The ISS will be moving fast, and will cross the face of the Moon in under half a second.

You will need to be set up well before hand.

If you want to capture the pass, you should have a camera with a tripod and should use your cameras video feature  (or rapid burst mode where a number of shots are taken in quick succession). 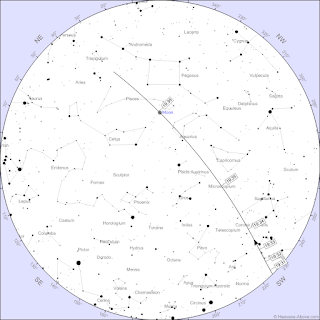 Heavens Above chart for the  corner of Cloverbrook Place and Bethel St. Carina

Keep checking the timing on the evening of the pass, and be prepared for the published timing to be slightly out (that's why you should set up early and be prepared to video or take multi-shots in burst mode at times that bracket the nominal pass time).  A watch or clock with sub second accuracy is a bonus.

Here is the near-real time satellite view of the clouds http://satview.bom.gov.au/
Cloud cover predictions can be found at SkippySky.

Comments:
Such phenomenon does not occur regularly and to be able to witness such a rare occurrence is definitely a once-in-a-lifetime experience not to be missed. I was dropping some stuff off at a self storage in Brisbane and I remembered a friend telling me of this theory but we did not manage to catch any rare sighting in the sky at that moment of time.