The Full Moon is Sunday August 30. The Moon is at perigee, when it is closest to Earth, on the 31st. 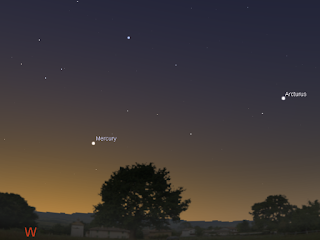 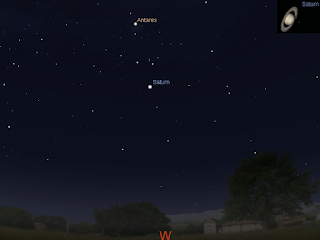 Evening sky on Saturday August 29 looking west as seen from Adelaide at 22:00 ACST.  Saturn is  easily visible high above the western horizon  near the head of the Scorpion. The inset shows the telescopic view of Saturn at this time. Similar views will be seen elsewhere in Australia at the equivalent local time. (click to embiggen). 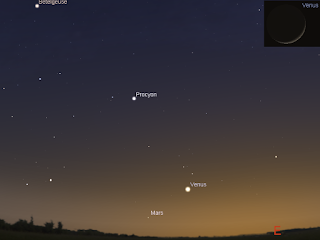 Mars  is low the morning skies this week.  While it is climbing out of the twilight it still requires binoculars and a flat unobstructed horizon to see effectively.

Venus climbs higher in the morning twilight. It is a  thin crescent and impressive in a small telescope.You will need an unobstructed horizon to see it before the approaching dawn swallows it up.