The Last Quarter  Moon is Saturday March 14. Venus is prominent in the twilight evening sky. Mars is lost in the twilight. Jupiter is the brightest object in the late evening sky. Saturn is in the head of the Scorpion and is visited by the waning Moon on March 13. Mercury is prominent in the morning sky and is visited by the Moon on the 19th. Globe at Night light pollution survey starts. 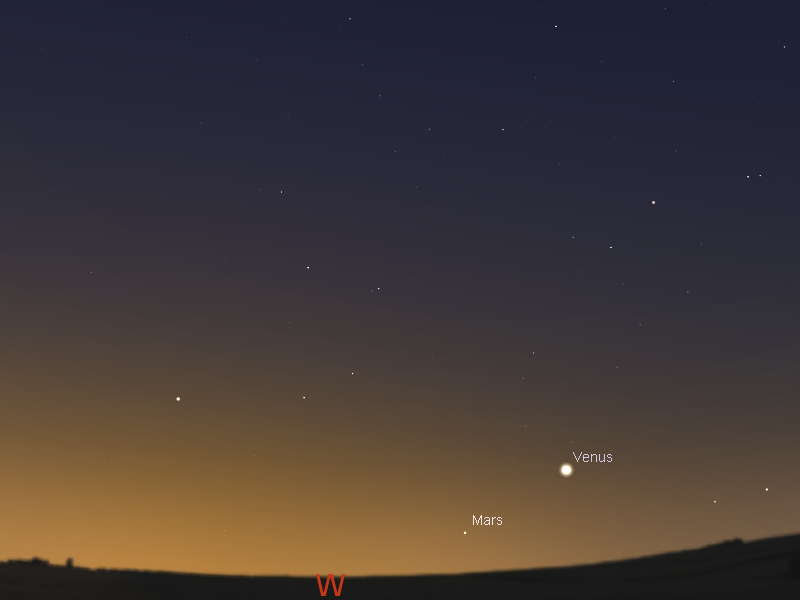 Evening sky on Saturday March 14 looking west as seen from Adelaide at 20:15 (8:15 pm) ACDST in South Australia.  Mars is low in the twilight, with Venus above it. Similar views will be seen elsewhere at the equivalent local time (click to embiggen).

Venus is easy to see low above the western horizon in the twilight. At civil twilight, half an hour after sunset, it is around one and a half hand-spans above the horizon. Venus is also above Mars. 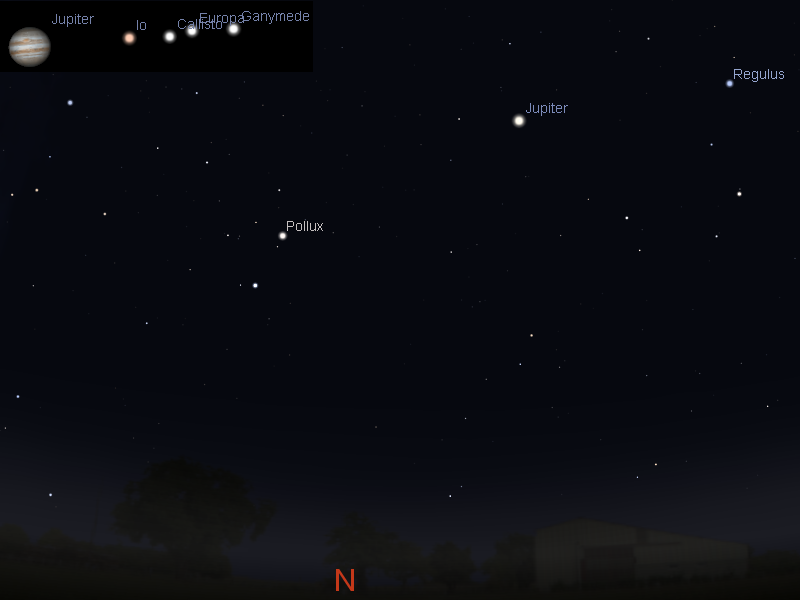 Evening sky on Saturday March 14 looking north-east as seen from Adelaide at 22:00 ACDST showing Jupiter.  The inset shows Jupiter's Moons at 22:00 on the 14th. Jupiter is the brightest object above the north-eastern horizon. (click to embiggen).

Jupiter  is now easily seen  in the evening sky. It is the brightest object above the north-eastern horizon when twilight ends. It is not far from the bright star Regulus in the sickle of Leo (this forms the head of the constellation of the  Lion). It is also not far from the rather nice Beehive cluster in Cancer, and looks very good in binoculars. 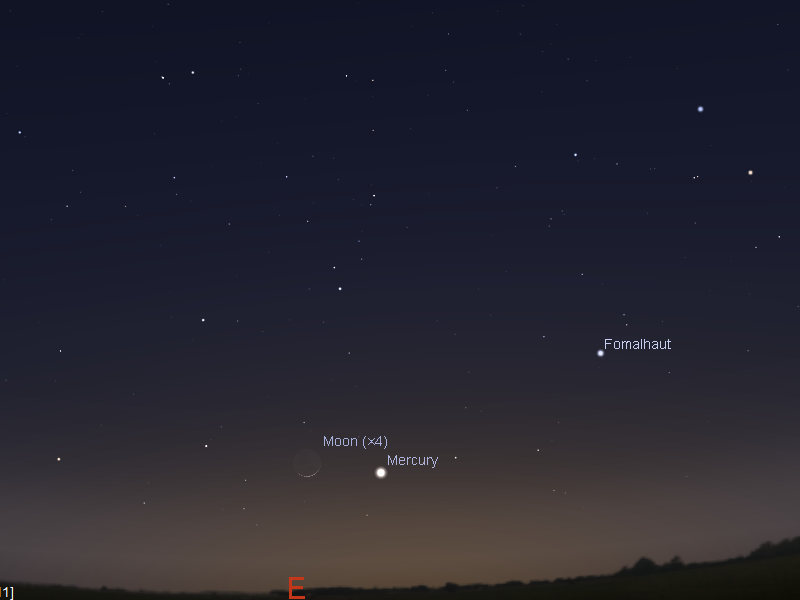 Saturn is now rising a little before midnight, but it will be later in the month before we get a good look at it in the evening. Saturn is visited by the waning Moon on the 13th.

Mercury is high in the morning twilight and should be reasonably easy to see over a hand-span above the horizon an hour before sunrise. On the 19th it is visited by the crescent Moon.

The Globe at Night light pollution survey for March has started.