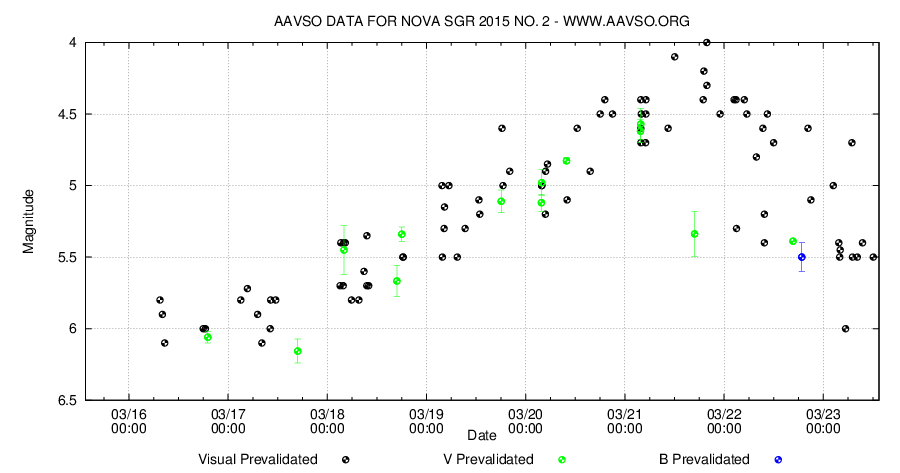 There were reports of it being magnitude 4.4, which makes it one of the brightest nova since nova Centauri 2013. It looks like it is fading now, but still above the unaided eye threshold. It is possible it may flare up again like nova Centauri 2013 and nova Delphinus 2013. 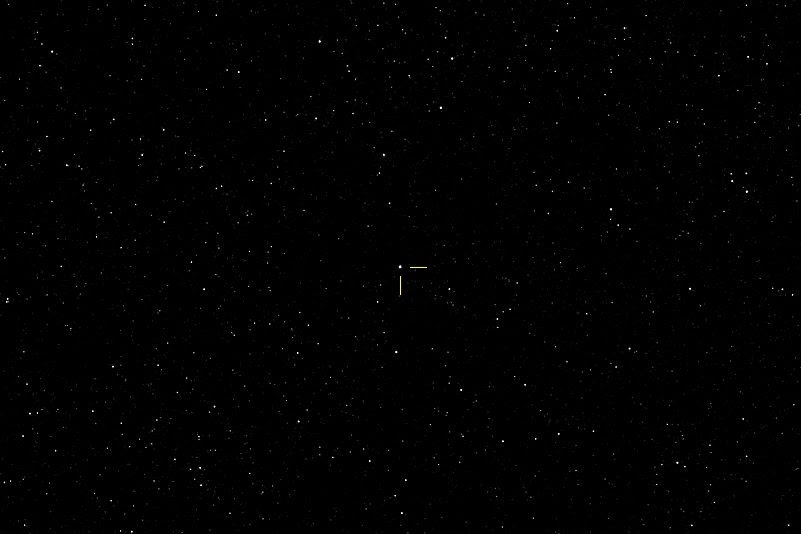 Nova Sagittarii 2015 No. 2 taken with iTelescope T12 on 19 March, single 60 second exposure. click to embiggen. compare with my earlier shot.

Cloud and timing have been my foe for this nova, I caught it once on the 21st at 5:00am, when it was just visible to the averted eye. Lack of decent reference stars at the time suggested it was around magnitude 5. Then on the 22nd I was able to see it only in twilight with binoculars, but it was very distinctive, altering the shape of the teapot asterism.

While it is still bright it is worth getting up in the morning for a look. Observing charts are here.

Comments:
This is an excellent article on the Nova. I was very appreciative to see a plot of the magnitude and a classification.