The Last Quarter Moon is Sunday December 15. The Moon is at apogee, furthest from the Earth, on the 13th. 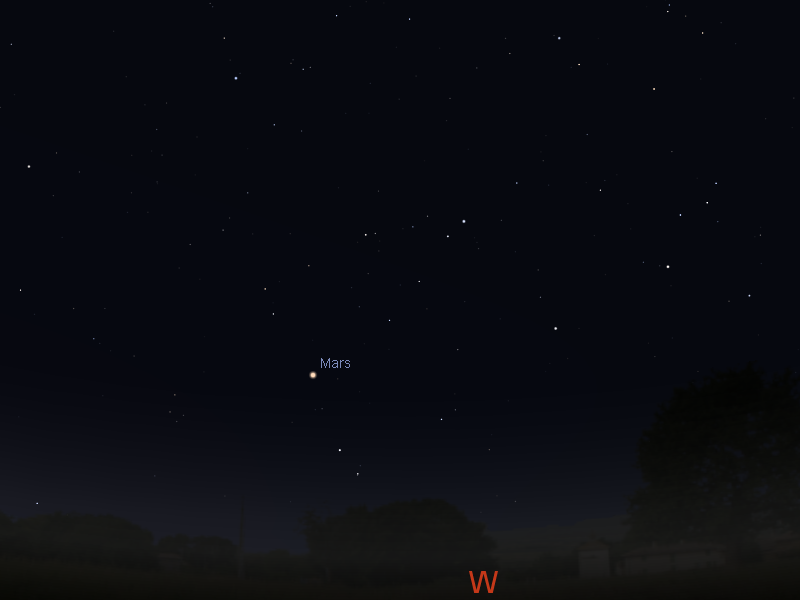 Evening sky on Saturday December 13 looking west as seen from Adelaide at 22:00 (10:00 pm) ACDST in South Australia.  Similar views will be seen elsewhere at the equivalent local time (click to embiggen).

Venus is very difficult to see low on the western horizon in the twilight. At civil twilight, half an hour after sunset, it is a mere 4 finger-widths above the horizon. While Venus is bright it might be possible to see not long after sunset, but you will need a flat, clear horizon like the ocean to see it. 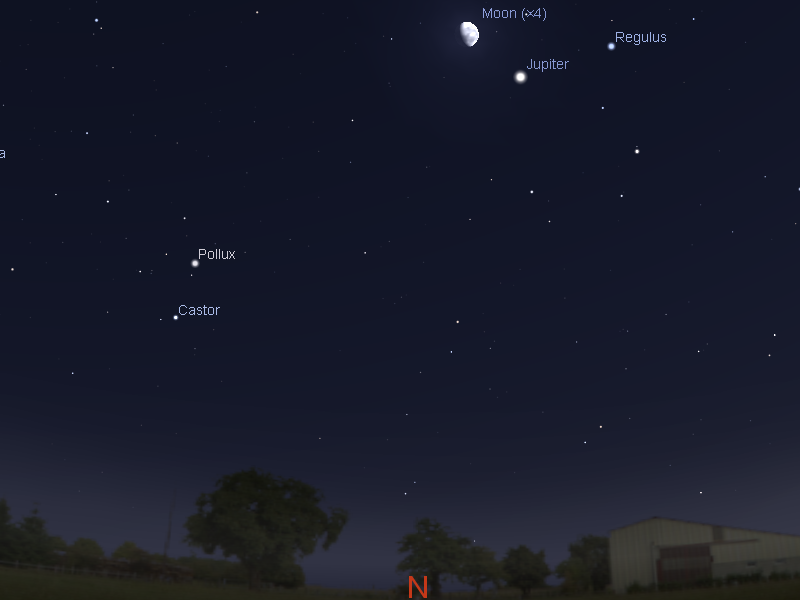 Morning sky on Friday December 12 looking north as seen from Adelaide at 5:00 am ACDST.  Jupiter is above the north-east horizon and not far from the Moon. (click to embiggen).

Jupiter is now high enough for good telescopic observation before astronomical twilight. On Thursday December 12 Jupiter is near the waning Moon. 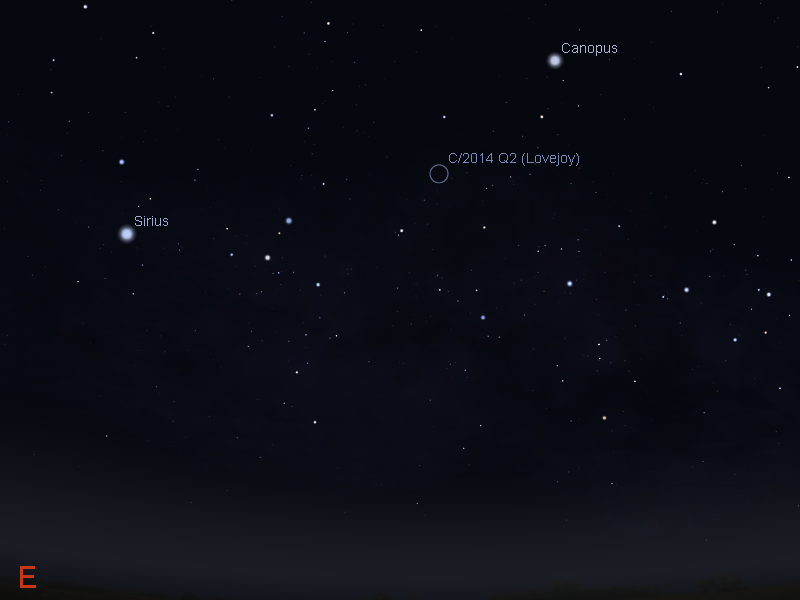 Evening sky on Saturday December 13 looking south-east  as seen from Adelaide at 22:00 (10:00 pm) ACDST in South Australia. Comet C/2014 Q2 Lovejoy is below Canopus.  Similar views will be seen elsewhere at the equivalent local time (click to embiggen).

C/2014 Q2 Lovejoy is brightening in the sky much faster than expected. The comet is passing below the star Canopus heading towards Orion, passing above Canis Major. It is brightest in January, but should be easily visible in binoculars as the Moon leaves the evening sky. Binoculars or small telescopes should show it as a small fuzzy patch with maybe the hint of a tail. A B and W printable  spotters map is available here , the large circle is the approximate field of view of 10x50 binoculars.

At magnitude 7.8 you will need to let your eyes adapt to darkness to see the comet clearly. UPDATE! the comet is brightening rapidly, it is already magnitude 7! 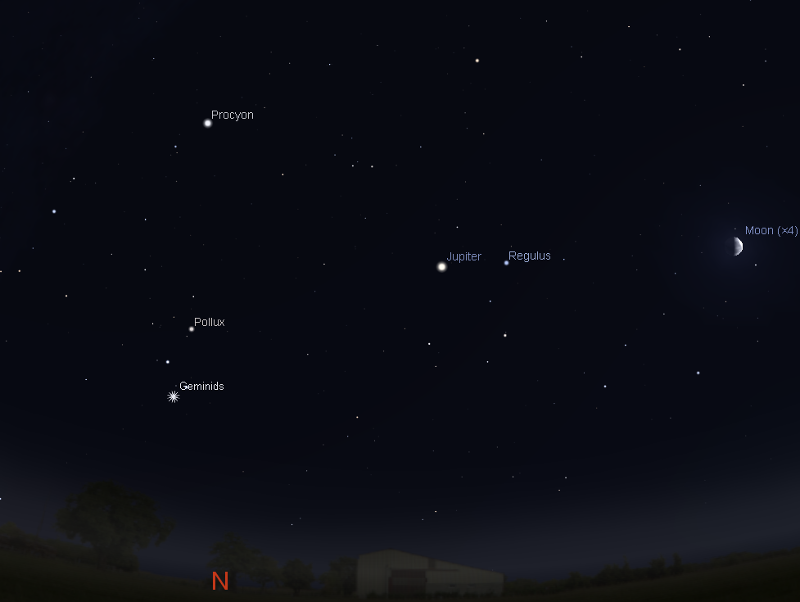 The northern horizon at 4:00 am ACDST as seen from Southern Australia (northern Australia is similar but Gemini and the radiant is higher in the sky) on Monday December 15. The Geminid radiant is marked with a starburst .

The Geminids are a fairly reliable meteor shower and this year moonlight will partly interfere.

The radiant doesn't rise until just before midnight (daylight saving time) in most of Australia, so you will still have to disturb your sleep for this one. Australians should see a meteor every three to four minutes under dark skies in the early morning of the 15th, between 1:00 am and 4:00 am local time. You can find predictions for your local site at the meteor flux estimator (choose 4 Geminids and date 14-15 December, don't forget to change the date to 2014).

At 1.00 am in the morning AEDST (midnight, AEST) Castor (alpha Geminorum) is about two handspans above the horizon and 10 handspans to the left of due north. Pollux, the other twin, is less than a handspan to the left again. The radiant is just below Pollux.

As well, Orion and the Hyades will be visible and bright Jupiter will be nearby. So it will be a quite nice morning for sky watching. Keep an eye out for satellites!