The Full Moon is Tuesday September 9. The Moon is at perigee (closest to the Earth) on the 8th. 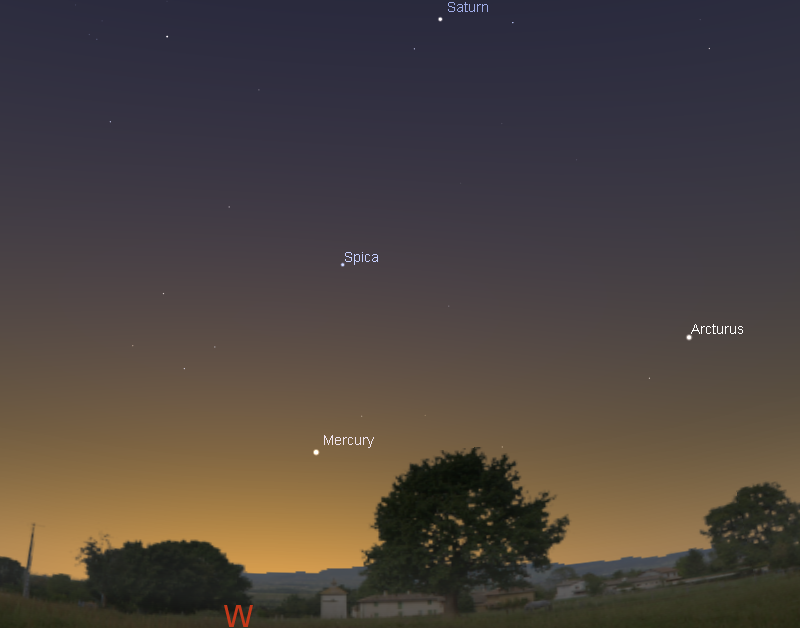 Evening sky on Saturday September 6 looking west as seen from Adelaide at 18:30 (6:30 pm) ACST in South Australia. Mercury is now reasonably high above the horizon in the twilight. Similar views will be seen elsewhere at the equivalent local time (click to embiggen).

A line drawn from Mars through Spica to the horizon will intersect with Mercury, the brightest object low above the western horizon. 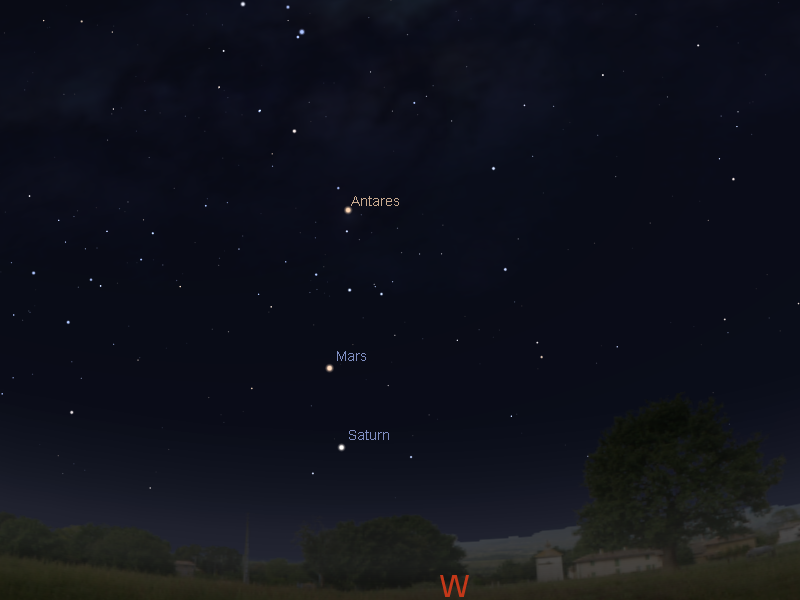 Evening sky on Saturday September 6 looking west as seen from Adelaide at 22:00 (10:00 pm) ACST in South Australia. Mars and Saturn are  under the head of  Scorpius. Similar views will be seen elsewhere at the equivalent local time (click to embiggen).

Mars is in the constellation of  Libra. It begins the week forming a broad triangle with the double star Alpha Librae (also called Zubenelgenubi) and Saturn. Over the week it draws away from Saturn, forming a line with Antares, the bright red star in Scorpious.

Saturn is in the early western evening sky, and was at opposition on June 11th. Saturn is visible most of the evening. Saturn is high enough from twilight for decent telescopic observation for a few hours and sets aroun 11pm local time.

Saturn is in Libra near the head of the constellation of the Scorpion and forms a  a  triangle with Alpha Librae (Zubenelgenubi) and Mars. As the week progresses Saturn, Mars and Antares form a line. 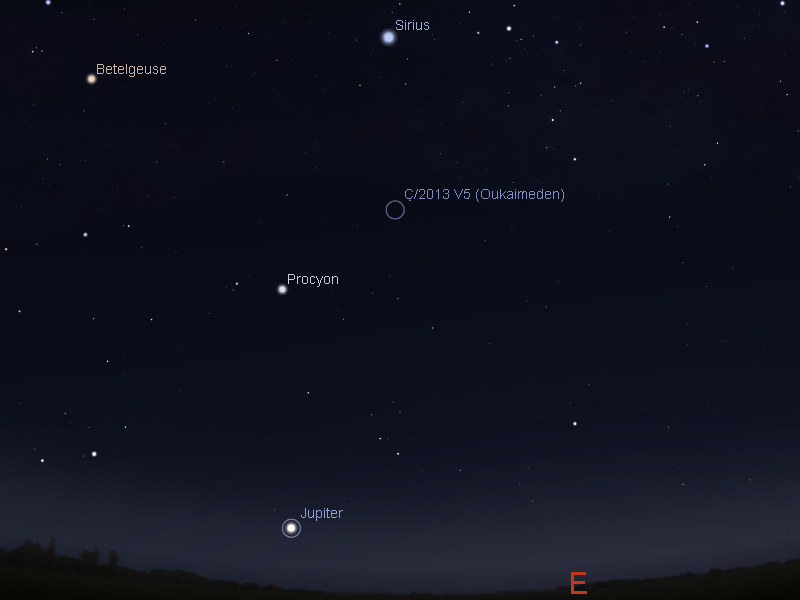 Morning sky on Saturday September 6 looking north-east as seen from Adelaide at 5:30 am ACST.  Jupiter is above the horizon and comet C/2013 V5 is roughly between Procyon and Sirius. (click to embiggen).

Jupiter  rises higher in the morning twilight, and now is fairly easy to see low above the horizon at twilight. During the week Jupiter climbs higher and becomes easier to see as the brightest object above the north-eastern horizon.

Comet C/2013 V5 is brightening and may become visible to the unaided eye (just) later in the month. Now you need a small telescope to see it. Although it is magnitude 7 and should currently be visible in binoculars, its diffuse nature It is roughly between Procyon and Sirius. 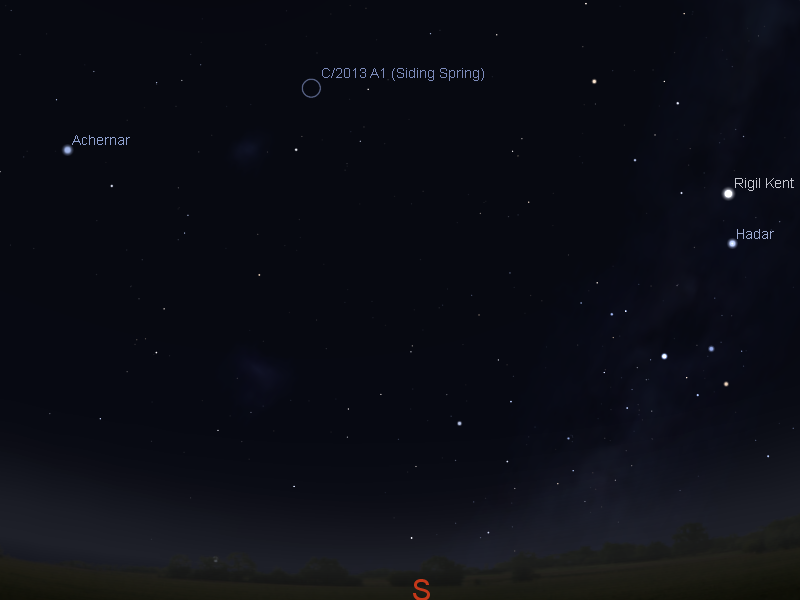 Evening sky on Saturday September 6 looking South as seen from Adelaide at 22:00 (10:00 pm) ACST in South Australia. Comet C/2013 A1 Siding Spring is just above the Small Magellanic Cloud. Similar views will be seen elsewhere at the equivalent local time (click to embiggen).

Comet C/2013 A1 Siding Spring is rising higher the the evening sky, being highest around midnight. It is currently located just above the Small Magellanic Cloud. While at magnitude 8.4 it should be visible in binoculars, it is likely that you will need a small telescope to see it until the brightening Moon leaves the evening sky.