The New Moon is Wednesday September 24. Mercury meets the bright star Spica. Mars enters the head of the Scorpion. Mars and Saturn are prominent in the evening sky forming a line with Mercury and two bright stars. Jupiter becomes more prominent in the morning sky and is visited by the Moon on the 20th. Comets C/2013 A1 Siding Spring and C/2013 V5 are in the reach of small telescopes.

The New Moon is Wednesday September 24. The Moon is at apogee (furthest from the Earth) on the 20th. 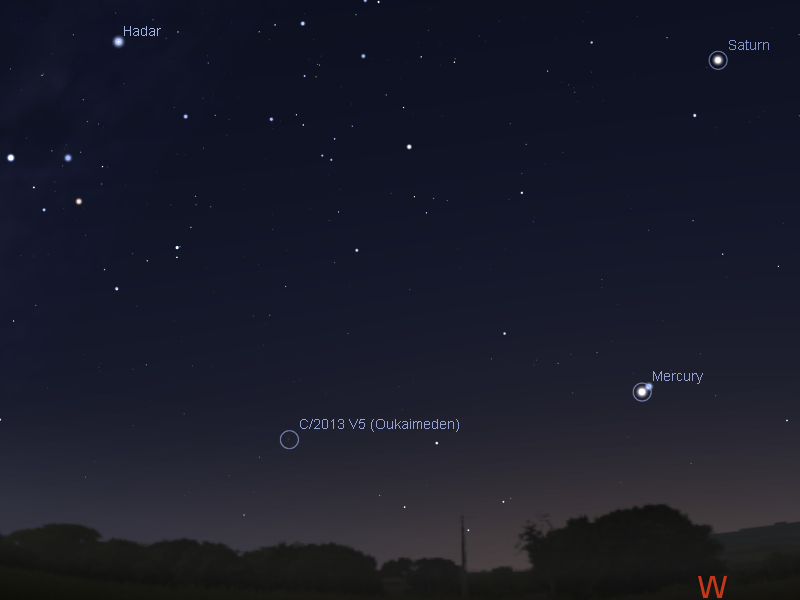 Mercury is easy to see in the early evening now. It is still climbing rapidly in the sky, and will be less than a finger width from Spica, on the 20th and 21st. On the 22nd Mercury will be at its highest in the evening sky, and will head towards the horizon after this.

Comet C/2013 V5 is brightening but rapidly becomes lost in the morning twilight. If it survives it's passage of the Sun it will reappear on the evening sky by the weekend. It may be visible to the unaided eye, but should be visible in binoculars if it survives. More detailed viewing maps suitable for binoculars are here. 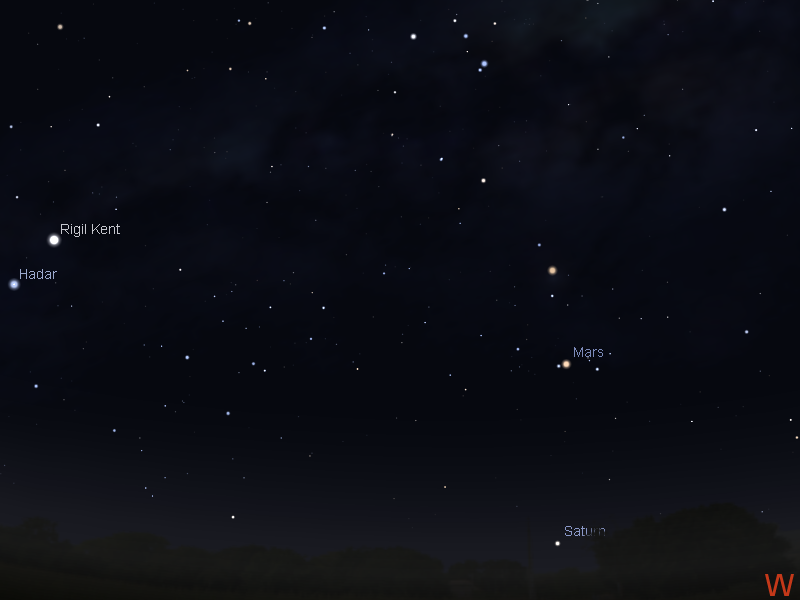 Evening sky on Thursday September 18 looking west as seen from Adelaide at 22:00 (10:00 pm) ACST in South Australia. Mars is close to Dschubba and Saturn is  under the head of  Scorpius. Similar views will be seen elsewhere at the equivalent local time (click to embiggen).

Mars is in the constellation of  Scorpius. It forms a line with the red star Antares (which means rival of Mars) and Saturn (and Spica and Mercury). At the beginning  of the week it is half a finger-width from the middle star of the Scorpions head, Dschubba. Thereafter it climbs towards Antares.

Saturn is in the early western evening sky, and was at opposition on June 11th. Saturn is visible  in the early evening, setting just after 10 pm local time. . Saturn is still high enough from twilight for decent telescopic observation for a few hours. 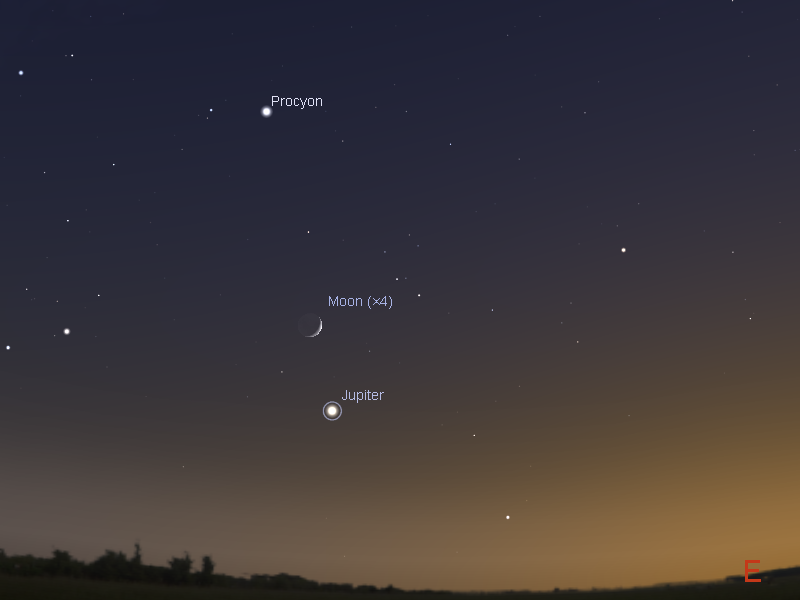 Morning sky on Saturday September 20 looking north-east as seen from Adelaide at 5:30 am ACST.  Jupiter is above the north-east horizon and close to the crescent Moon. (click to embiggen).

On the mornings of the 20thand 21st the crescent Moon is close to Jupiter. 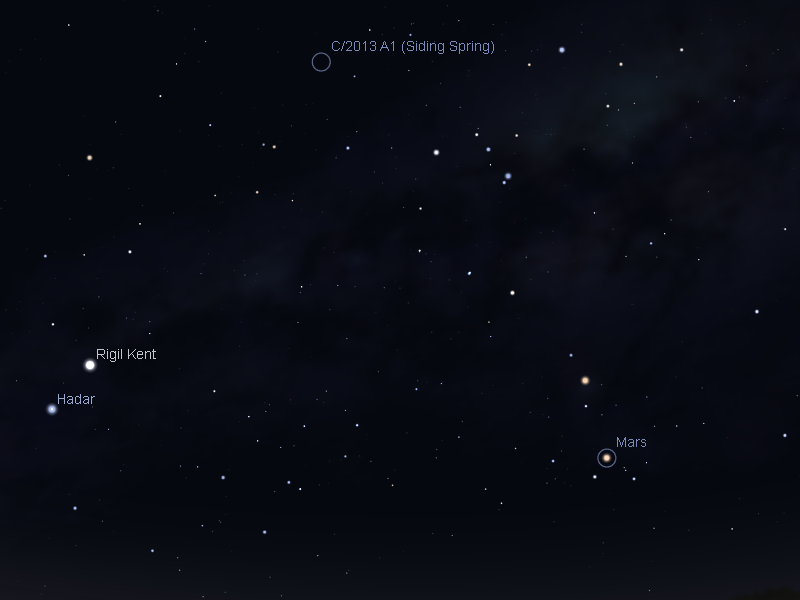 Evening sky on Saturday September 20 looking West as seen from Adelaide at 22:00 (10:00 pm) ACST in South Australia. Comet C/2013 A1 Siding Spring is above  the tail of the Scorpion. Similar views will be seen elsewhere at the equivalent local time (click to embiggen).

Comet C/2013 A1 Siding Spring is rising higher the the evening sky, being highest around midnight. It is currently located just above the  Southern Cross. While at magnitude 8.4 it should be visible in binoculars, it is likely that you will need a small telescope to see it until the waning Moon leaves the evening sky early in the week. A printable black and white chart suitable for binoculars is here. The large circle is the field of view of 10x50 binoculars.