The Sky This Week - Thursday April 24 to Thursday May 1

The New Moon is Tuesday April 29. There is a partial solar eclipse visible on the afternoon of the 29th. Jupiter is the brightest object in the early evening sky, visible in the early evening. Mars is prominent in the evening sky. Saturn rises higher in the evening sky. Venus is prominent in the morning sky, the Moon is close to Venus on the 26th.  Mercury is lost in the twilight. The asteroids Vesta and Ceres are visible in binoculars. 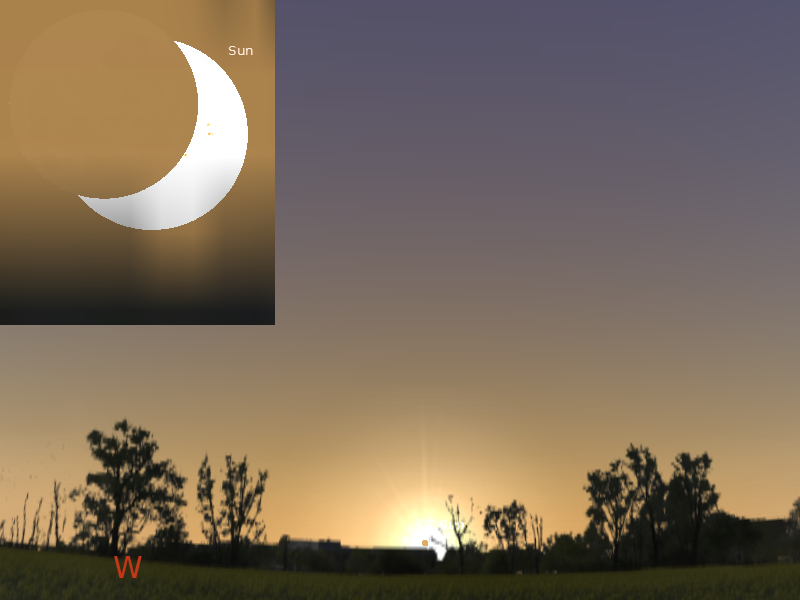 The New Moon is Tuesday April 29.  There is a partial solar eclipse visible on the afternoon of the 29th.

This will be visible from all of Australia, although the best views will be from Southern Australia. The eclipse occurs in the late afternoon, with the sun setting at maximum eclipse in places like Brisbane and Sydney. Eclipse timings and viewing guides can be found at my eclipse site. 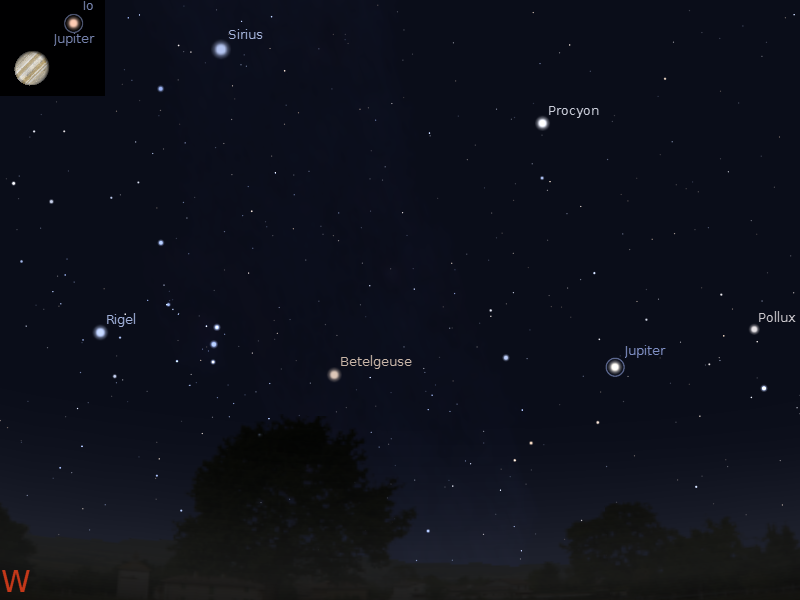 Evening sky on Saturday April 26 looking north-west as seen from Adelaide at 20:00 pm ACST in South Australia. Jupiter is above the north-western horizon. The inset shows Jupiter's Moons at this time. Similar views will be seen elsewhere at the equivalent local time (click to embiggen).

Jupiter is high enough to begin observing telescopically when twilight ends. Jupiter sets around 10:00, so there is only a few hours for good telescopic observation now.

In the early evening it is above the north-western horizon between the bright stars Castor and Pollux, the twins of Gemini, and the bright red star Betelgeuse. Jupiter is quite easy to see as the brightest object in the entire sky, in the evening the sight of bright Jupiter sinking to the west, and bright Mars (still not as bright as Jupiter though) rising in the east is quite beautiful.

Mars  is easily seen in the evening, rising as Jupiter is setting. It is highest in the sky around 23:00. Mars was at opposition, when it is biggest and brightest, on the 9th, and is readily distinguishable as the bright red/orange object above the evening horizon. Mars is in the constellation of Virgo near the bright star Spica (see below). Mars is well worthwhile looking at in a telescope now, although you will need a decent one to see any detail. 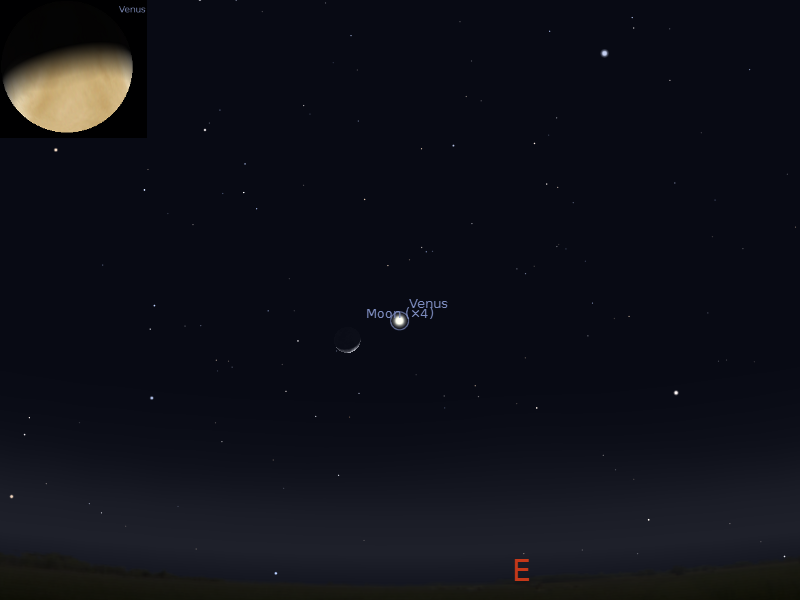 Morning sky on Saturday April 26 looking east as seen from Adelaide at 5:00 am ACST.  Venus is near the thin crescent Moon. The inset shows the telescopic view of Venus at this time.  (click to embiggen).

Venus is in the morning sky, above the eastern horizon.  The brightest object in the morning sky, it is now easy to see and although it is past maximum brightness, it will dominate the morning sky for some months to come.  Venus was at its furthest distance from the Sun on the 23rd of March, and now will begin to slowly sink towards the horizon. Venus  is now a clear  gibbous Moon shape. The crescent Moon is near Venus on the 26th. 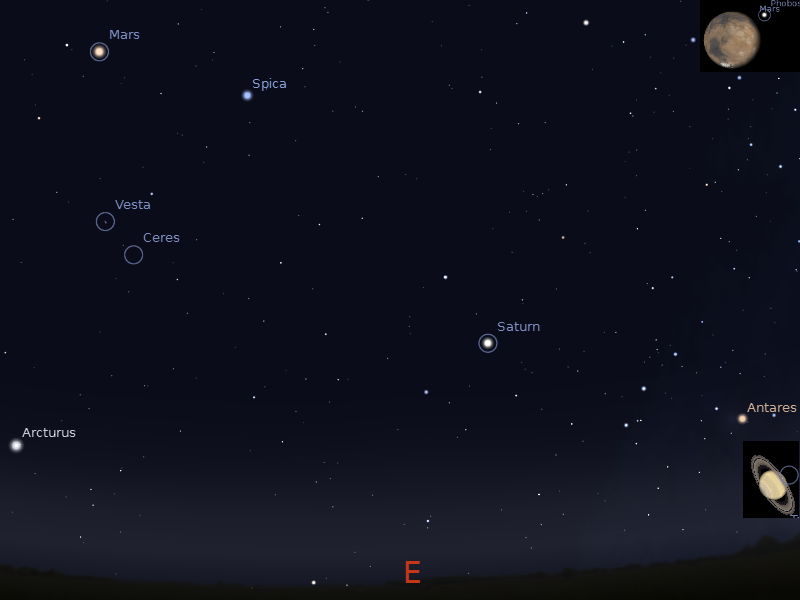 Evening sky on  Saturday April 26 looking east as seen from Adelaide at 20:00 pm ACST in South Australia. Mars is close to the bright star Spica. Saturn forms a triangle with the two brightest stars of Libra. The insets show the telescopic views of Saturn and Mars at this time (although you will need a good telescope to see Mars in this detail).