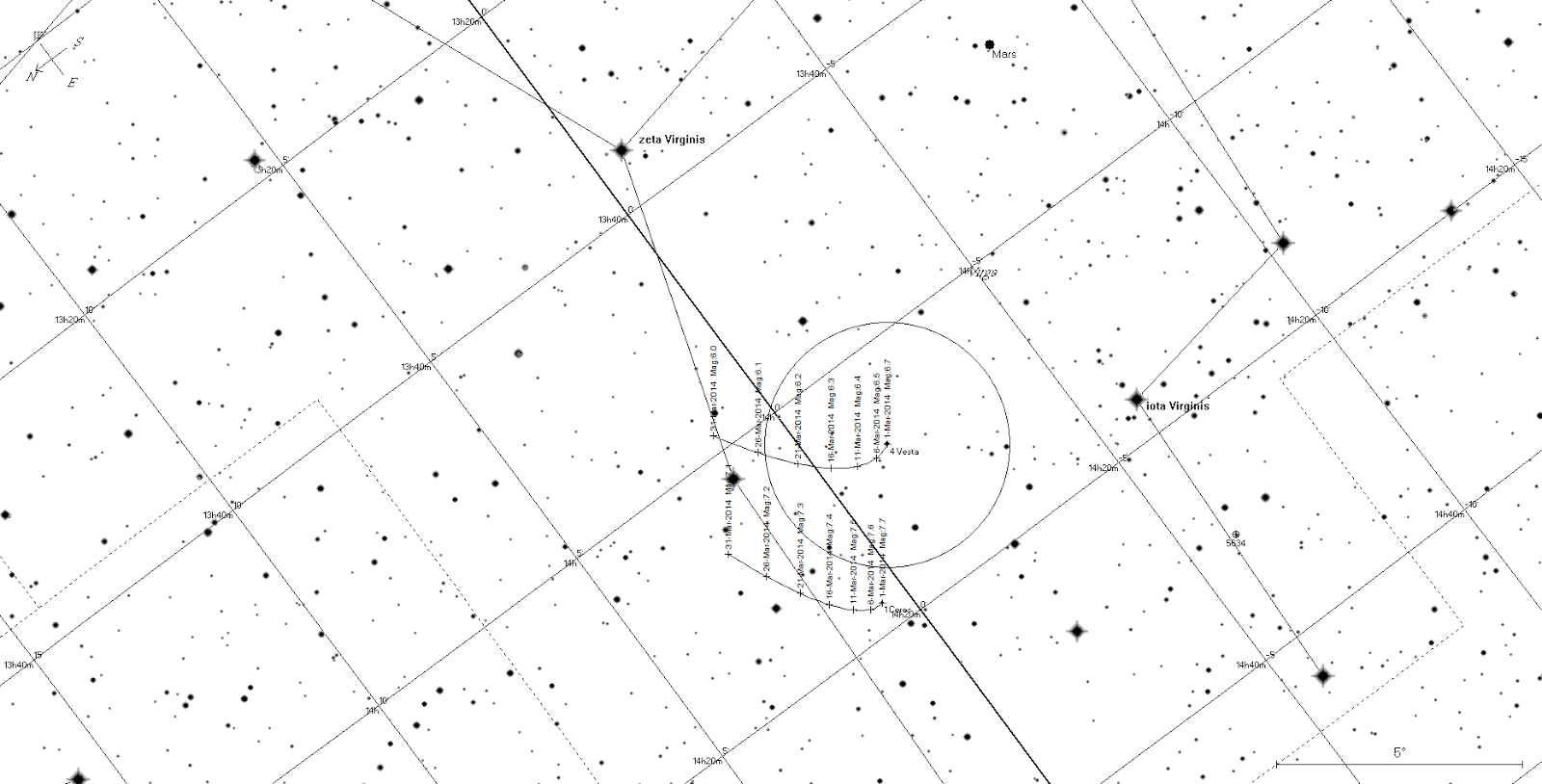 Asteroids Vesta and Ceres brighten during March.  Click to embiggen.

There's a bit of planetary action this month with Venus, Jupiter, Saturn  and Mars meeting the Moon.

Jupiter is easily visible in the evening sky and is well placed for telescopic observation. Jupiter is also near the Moon on the 10th.

Mars rises higher the late evening sky and the Moon comes between it and the bright star Spica on the 19th.

Saturn  is close to the Moon on the morning of the 20th and 21st.

Venus is close to the crescent Moon on the 27th.

Mercury is close to the thin crescent Moon on the 29th.

Crescent Venus and the Crescent Moon, 26 and 27 Fe...
The Sky This Week - Thursday February 27 to Thursd...
Seeing the Asteroid Pallas at Opposition
My Occultation of Saturn
After the ISS Chat
Aurora Alert - Confirmed Aurora Sightings Thursday...
Will the Kids of the Air League Chat with the ISS ...
Globe at Night Light Pollution Survey for February...
Rainbow Through my Window
The South Australian Air League talks to the Inter...