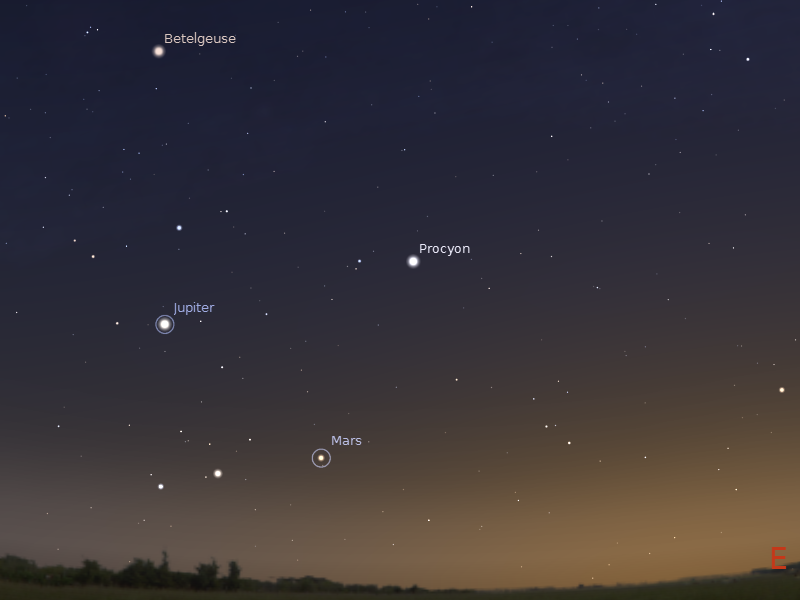 Here we are again! The Mars hoax is circulating once more. No, Mars will not be as big as the full Moon, there will be no double Moon in the sky. In fact, Mars is far from opposition and is quite small (it won't be at opposition again until 8 April, 2014 nearly 8 months).

However, on August 27, in the early morning Mars, Jupiter and Procyon form a nice triangle (the image to the left is at 6:00 am ACST, as seen from Adelaide).