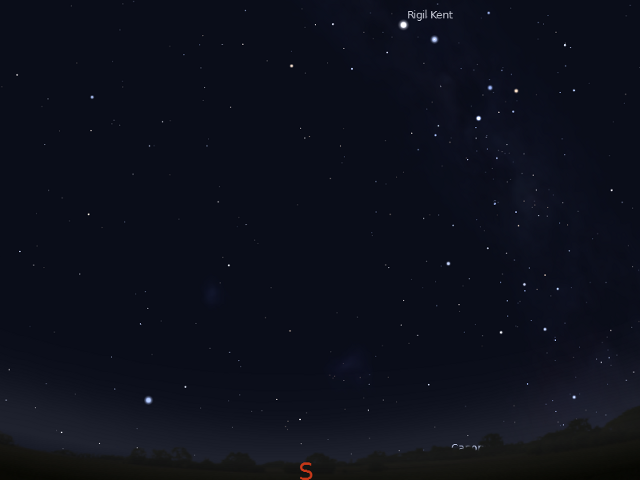 Mars climbs higher to the morning sky and is near the crescent Moon on the 7th. It is joined by Jupiter which is close to Mars on 21-24 July.


Mercury returns to the morning sky and is not far from Mars and Jupiter in the last weeks of the Month.

Saturn was at opposition in April, but it is still big and bright this month.  On March 17 the Moon  is close to Saturn.

On the 10th the crescent Moon  is close to Venus.