The First Quarter Moon is Wednesday March 20. Comet 2011 L4 PanSTARRS is now lost to view. Jupiter is prominent in the early evening sky and is close to the waxing Moon on the 18th. Saturn is in the late evening sky. Last week to see comet C/2012 F6 (Lemmon). Mercury brightens in the morning skies. 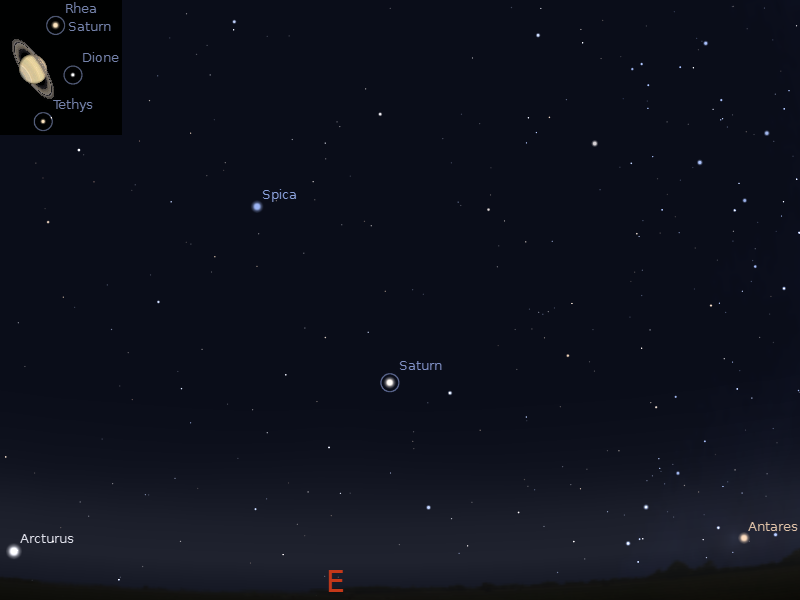 Sky on Saturday March 17 looking east as seen from Adelaide at 23:00 local daylight saving time in South Australia. The inset shows a telescopic view of Saturn at this time. Similar views will be seen elsewhere at the equivalent local time (click to embiggen).

Saturn is now visible above the eastern horizon before midnight. Saturn is in the constellation of Libra. Saturn climbs higher in the evening sky during the week, becoming easier to see.

Saturn is still better telescopically in the early morning.

Mercury  becomes more prominent in the morning skies this week. It will be seen low in the western twilight sky before dawn. 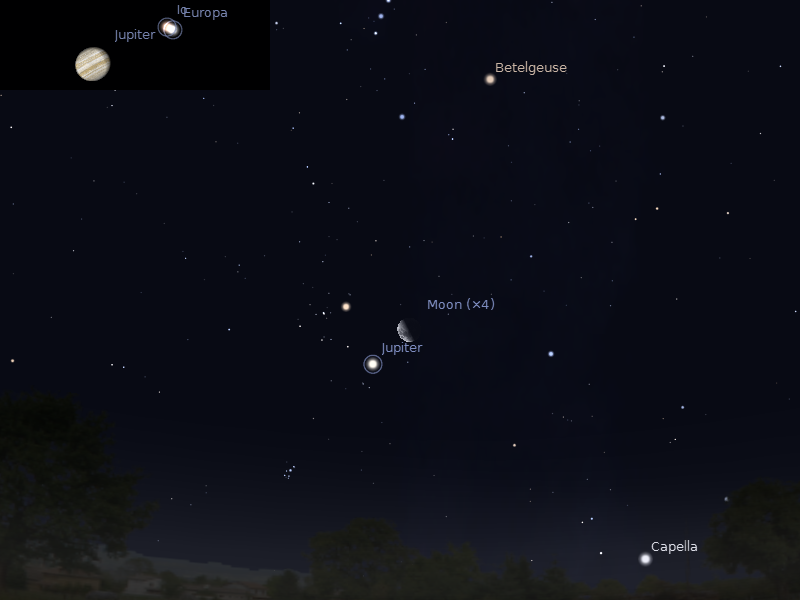 Evening sky looking North-west as seen from Adelaide at 21:00 pm local daylight saving time on Monday March 18. The inset shows Jupiter's Moons at this time. Similar views will be seen elsewhere at the times indicated here.  Click to embiggen. 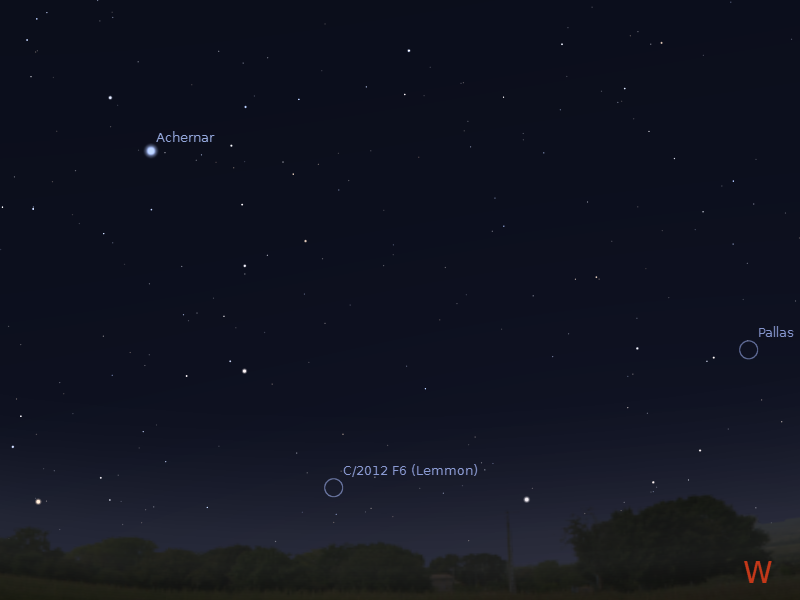 Comet C/2012 F6 Lemmon's location as seen from Adelaide at 20:30 ACDST on Saturday 17 March.  Similar views will be seen elsewhere in Australia and New Zealand at equivalent local times.  (click to embiggen).

Comet  C/2012 F6 (Lemmon) is just visible to the unaided eye in dark sky sites, and is a nice little binocular comet. In binoculars it is a fuzzy disk a bit smaller than the globular cluster 47 Tucanae showing a small tail.

You will need to use binoculars in suburban locations  and to see it at its best you need a telescope or binoculars. This will be the last week to glimpse this comet before it comes too close to the horizon for viewing.