The Sky This Week - Thursday February 28 to Thursday March 7

The Last Quarter Moon is Tuesday March 5. Comet 2011 L4 PanSTARRS may be visible to the unaided eye in the evening twilight. Jupiter is prominent in the early evening sky. Saturn enters the late evening sky with the waning Moon close to Saturn on Saturday March 2. Venus is lost to view. Comet C/2012 F6 (Lemmon) continues to brighten. 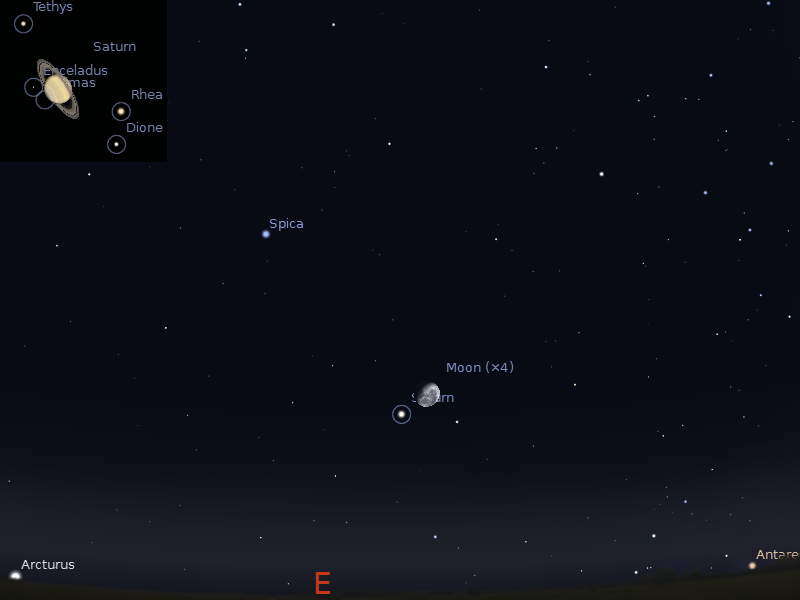 Sky on Saturday March 2 looking east as seen from Adelaide at 23:45 local daylight saving time in South Australia. The inset shows a telescopic view of Saturn at this time. Similar views will be seen elsewhere at the equivalent local time (click to embiggen).

Saturn is now visible above the eastern horizon before midnight. Saturn climbs higher in the evening sky during the week, becoming easier to see. On the evening of Saturday March 2 the waning Moon is close to Saturn.

Mercury  is lost in the twilight. It will return to the morning skies next week. 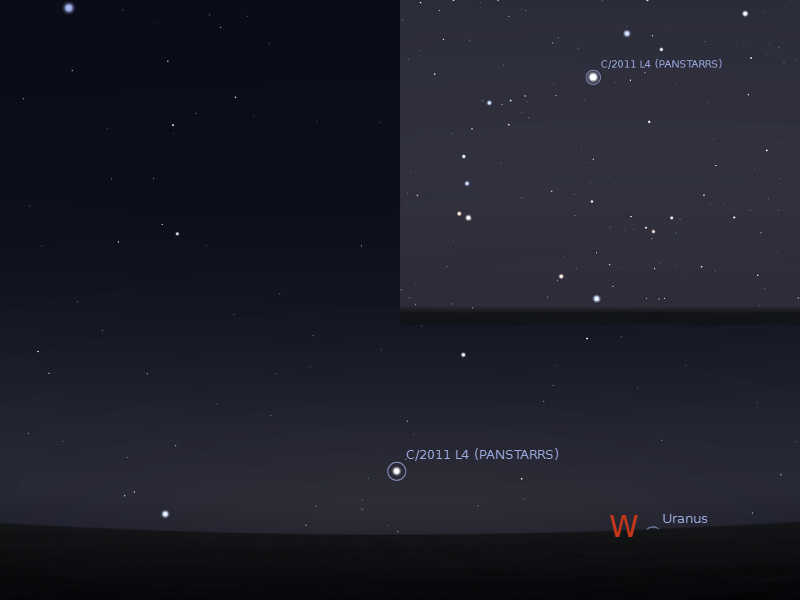 Evening sky on Tuesday March 5 looking west as seen from Adelaide at 8:45 pm local daylight saving time in South Australia (about an hour after sunset). The inset shows the binocular view around comet PanSTARRS. Similar views will be seen elsewhere at the equivalent local time (click to embiggen).


Comet C/2011 L4 PANSTARRS has been seen in binoculars in the evening low in the twilight. It is sporting a nice little tail. If you try looking an hour after sunset you will see it very low above the horizon.

The comet is brightening as it comes closer to the Sun than the orbit of Venus. This coming week, in the period of March 5- March 10, will be the best time to see the comet as it rises higher in the evening twilight and brightens.

To have a decent chance to see the comet you will need a fairly level, clear horizon like the ocean, and watch carefully as the twilight deepens. Binoculars should pick it up fairly easily (it is quite clear in my 10x50's), whether you can see it with the unaided eye will depend on how murky your local horizon is. For many people though I would think that they should be able to see it at least faintly. For detailed viewing instructions see here. 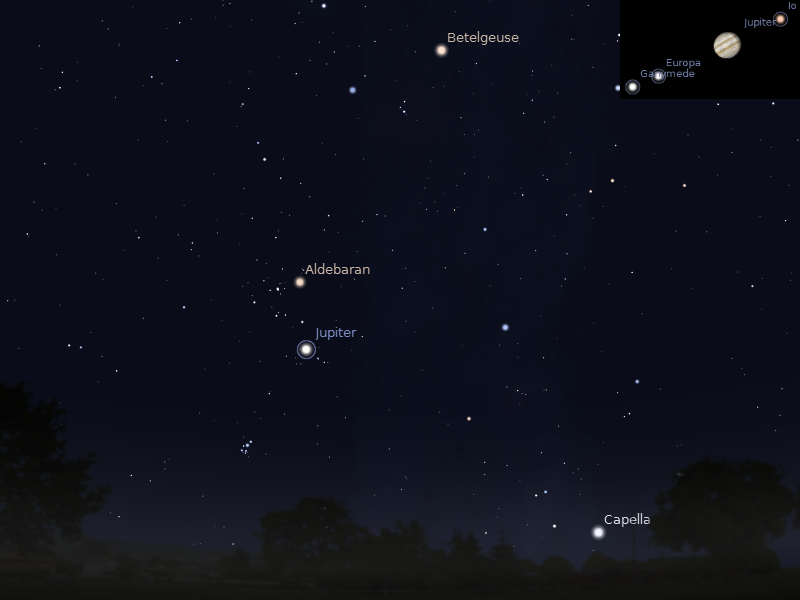 Evening sky looking North-west as seen from Adelaide at 22:00 pm local daylight saving time on Saturday March 2. The inset shows Jupiter's Moons at this time. Similar views will be seen elsewhere at the times indicated here.  Click to embiggen. 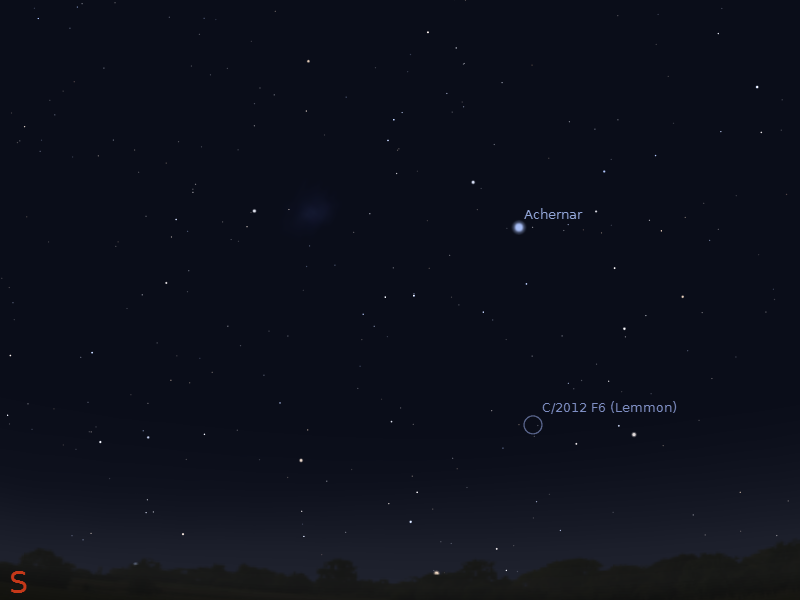 Comet C/2012 F6 Lemmon's location as seen from Adelaide at 22:00 ACDST on Saturday 2 March.  Similar views will be seen elsewhere in Australia and New Zealand at equivalent local times.  (click to embiggen).

Comet  C/2012 F6 (Lemmon) is a nice little binocular comet.  in binoculars is is a fuzzy disk a bit smaller than the globular cluster 47 Tucanae. The comet is brightening and is visible as a fuzzy dot to the unaided eye in dark sky locations. With the Moon rising later and later in the evening, it should be good viewing by the end of the week.