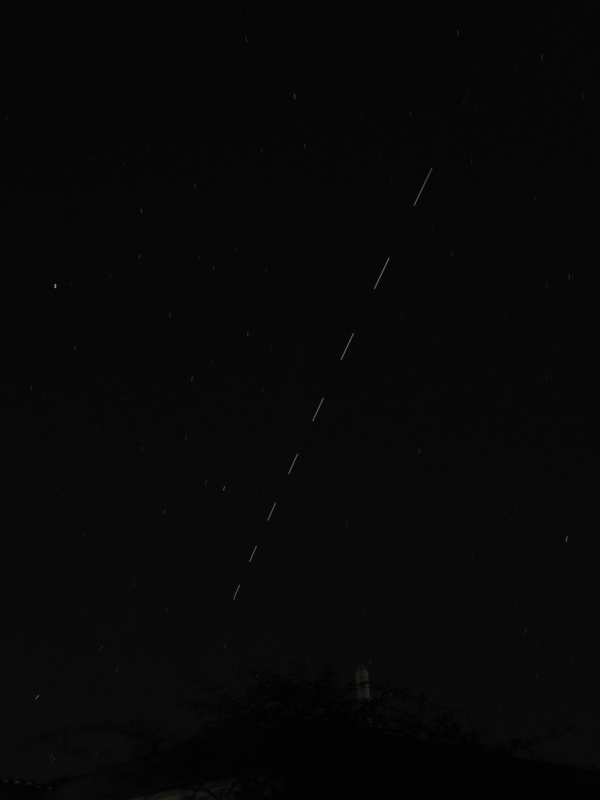 The ISS passes over Adelaide at 22:33 ACDST on 22 January 2013. 10 images stacked using ImageJ. Click to embiggen the end sequence shows the ISS passing into Earth's shadow.

Between 23 and 27 January there will be a series of bright passes of the International Space Station that will be visible from most of Australia at reasonable hours of the night, which are quite family friendly.

Visit Heavens Above to find the best viewing days and times for your location. 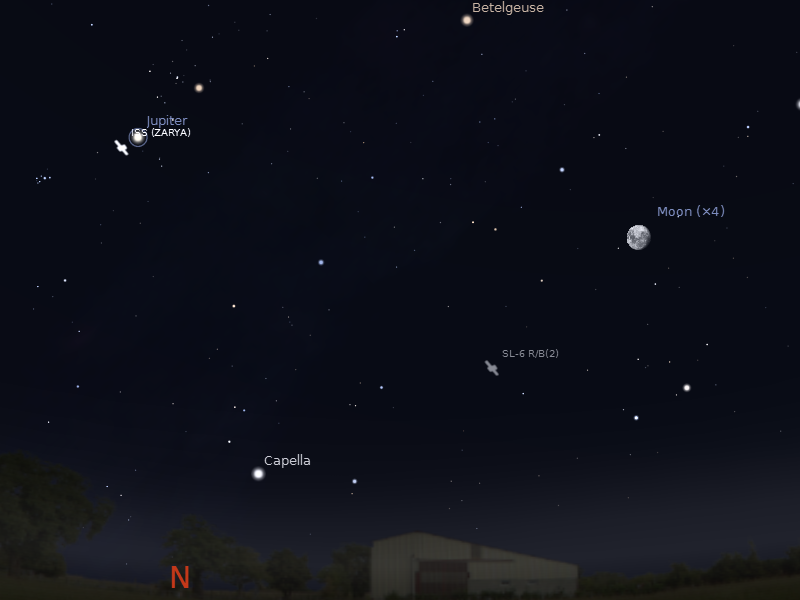 Jupiter and the ISS as seen from Adelaide at 21:41 ACDST. Click to embiggen.


Animation of the ISS pass seen in the image above.

Daylight Jupiter 22 January 2013
Carnival of Space #285 is Here!
My Life as a Parrot Perch
Update on comet C/2012 F6 Lemmon
Down South
The Sky This Week - Thursday January 17 to Thursda...
Siding Spring Observatory Hit By Bushfires
Guided by the Light; Using the Moon to find the Br...
News Flash! Jupiters Orbit Tilited with Respect to...
Coming Events: A Year of Southern Astronomy for 2013