Tau Ceti has Planets? maybe even an Earth-Like One in a Habitable Zone. 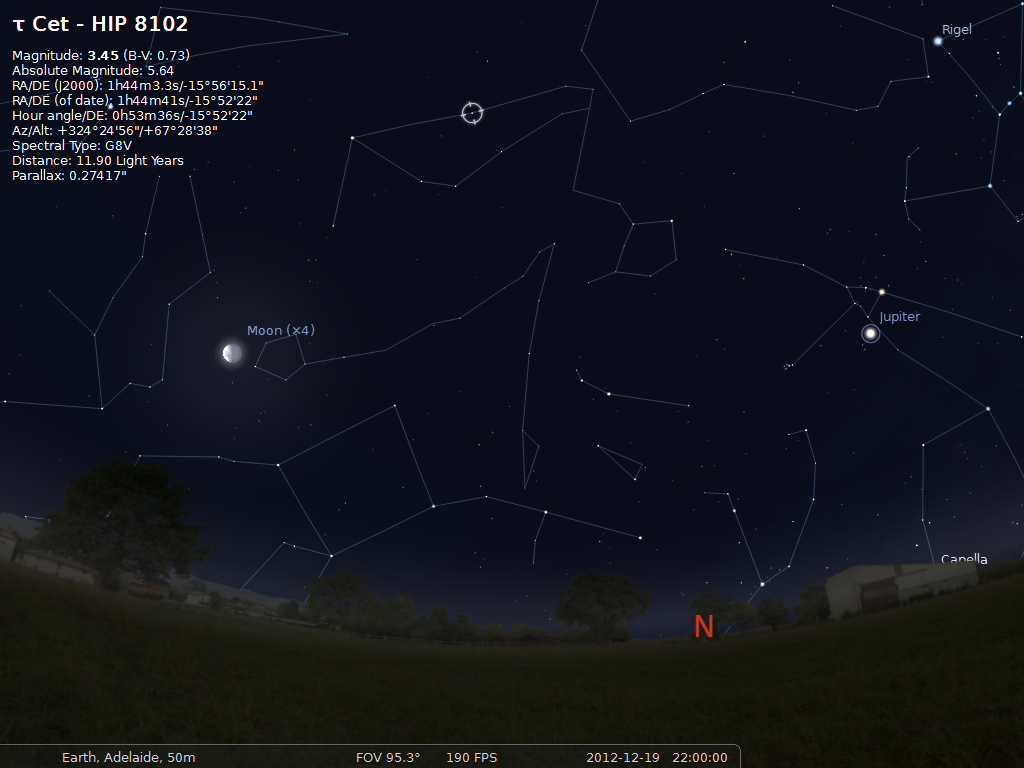 Location of Tau Ceti as seen from Australia at around 10 pm local daylight saving time, click to embiggen.

If you go out at around 10 pm tonight (or over the next week or so) and look north, you will see a unprepossessing star (magnitude 3.5) about 11 hand-spans up from the horizon. This is the star Tau Ceti.

A mere 12 light years away and a close twin of our sun, Tau Ceti has been the focus of many science fiction stories based on imagined planets.

But today it was announced that, like our neighbours Alpha Centauri and Epsilon Eridani, Tau Ceti may have real planets, Earth-like ones, with one possible world in Tau Ceti's habitable zone.

Note the "may", which appears to have been dropped from many press releases. The planets have been uncovered by an international team of astronomers using clever statistical techniques on 14 years of observational data. the signals of these planets have been sifted from the years of noise. Their technique is a clever one, and has the potential to uncover more Earth-like systems, but requires independent confirmation before we get too excited.