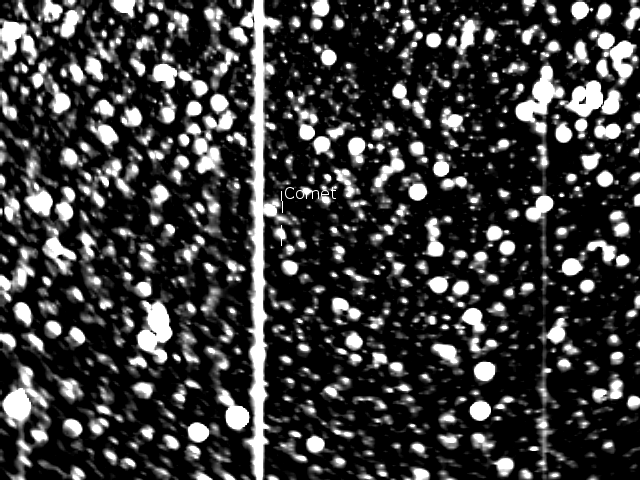 Comet C/2012 V4 is a recently discovered comet that has been tentatively identified with a return of the comet D/1827 M1 (Pons-Gambart). It is very low in the sky, and difficult to image with earth bound telescopes.

It is neither unknown nor heading for Earth as this orbit diagram makes clear. My less spectacular video of the comet is below.