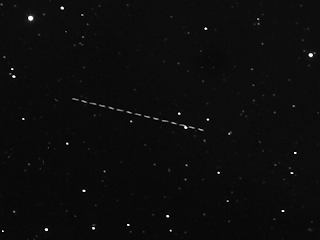 NEO 2012 QG42 imaged using the iTelescope T5 instrument on 11 September 2012. This is a stack of 15 x 60 second images. The  stacked in ImageJ and a Max intensity Z project made, then despeckeled. The images  have variations in brightness which may indicate it is rotating.  Click to embiggen. 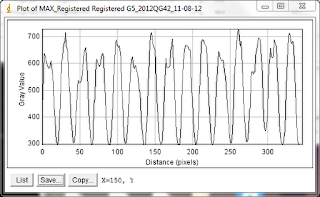 
As it comes closer to Earth it appears to be moving faster. For my previous images and animation (using 120 second exposures rather than the 60 seond ones here) see here.