Watch Curiosity Land (or not) on Mars 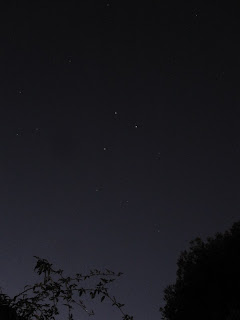 The Mars Curiosity Rover will descend to Mars while Mars itself forms an attractive triangle in the sky. At 05:31 UTC on August 6 (that's 3:31 pm AEST, 3:01 ACST, 1:31 pm AWST, so okay, you won't be seeing Mars in the sky from Australia while the landing occurs).

Curiosity will touch down in Gale crater on Mars. That is if it survives the "seven minutes of Terror", when Curiosity decelerates for its landing (with a pretty amazing "sky crane").

You can watch the events as they unfold on NASA TV, the observing schedule is here (The times are all in Pacific Daily time (US), but the broadcast starts at 03:30UT Aug 6, 1:30 pm AEST Aug 6).

Alternatively CSIRO will be hosting a landing Party at the Canberra Deep Space Communications Complex with live Ustream coverage (try checking in around 1:00 pm AEST), or the Curiosity twitter stream. There is also a live ustream from the landing party at the  Victorian Space Science Education Centre.

You can also follow a simulation of the spacecraft's arrival using NASA's Eyes on the Solar System 3-D interactive (Free browser plug-in required).

UPDATE: Raw images from Curiosity can be found here when (if) it starts transmitting back.

As well as all this activity, the HiRISE camera on the Mars Reconnaissance Orbiter will try and take a shot of Curiosity landing.


And for your viewing pleasure, a video about the Curiosity rover narrated by William Shatner of Star Trek fame.

Comments:
thanks for sharing.